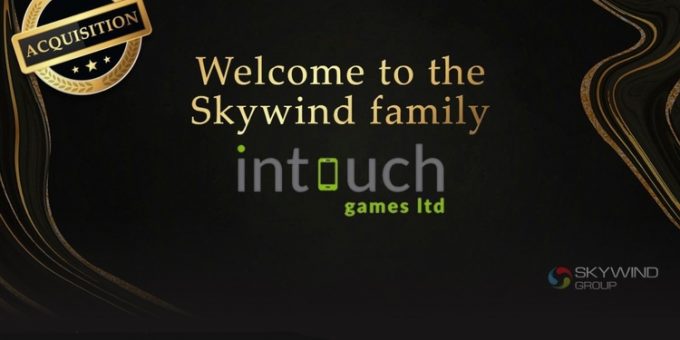 People have been saying this for a few years now, but the Americans are coming.

US business groups have been targeting UK brands for a number of years, with William Hill’s recent sale to Caesars (and even more recent resale to 888 Holdings), and 2 failed bids by MGM and DraftKings to acquire Entain strong evidence of this.

The UK is cheap and the USA is relaxing the laws on online gambling one state at a time, creating something of a shopping spree for UK based gambling companies with experience and a proven track record.

Intouch Games are perhaps not the best known casino software company out there, but with a near 20 year history, scores of original games, and a number of popular casino brands under their belt they are a prime target nonetheless, and Skywind have swooped in to buy them out.

Who are Skywind Group?

An American based B2B iGaming company, set up in 2012 and growing to 600+ employees working out of 9 different offices in just 10 years, Skywind know how to grow a business.

They are a software provider with over 200 games, operating in 19 different regulated markets via 1,000+ online casino and sportsbook operators.

They may not be super well known in the UK but they are a big deal in other countries, and their purchase of Intouch Games will give them a more solid footing over here too.

It’s not just games they provide though, they also offer a suite of engagement tools that can be built into their games, automation, compliance, marketing, payments, and technology solutions, that can all be provided as part of their in house platform.

Although no price tag has been disclosed, Intouch won’t have come cheap.

The company runs 8 of its own brands including popular names like Mr Spin and mFortune, and they have 3 offices in the UK, Taiwan, and Romania employing more than 500 people.

In 2021 they reported a 35% jump in turnover to £84.2 million, the same year they were fined £3.4 million by the UKGC for regulatory failings. Acquisition deals usually take into account projected earnings, and with turnover rising in those sorts of numbers their offer will have needed to be pretty good.

Whatever Skywind have paid, it is likely to be worth their while, because it will give them the potential to get their own games in front of an awful lot more UK players, as well as allowing them to add a whole host of Intouch games to their own catalogue.

This will also be Skywind’s first step into the B2C world in the UK, assuming they keep hold of Intouch’s casino brands and don’t sell them on. A sell off doesn’t seem likely though given that Skywind have very recently entered the B2C markets in both Romania and Columbia.

More likely, this is a strategic move by the US company to enter the B2C market on several different fronts all at more or less the same time, and really hit the ground running.