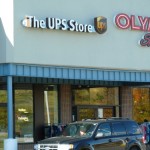 My old point-and-shot Canon camera was completely dead last month with an image sensor problem.  The death was a slow and painful one. First it produced a discolored image once in a while. Then it generated an artistically colorful picture no where close to what I shot.

After extensive research, I set my mind on Panasonic DMC-ZS7, with 12X optical zoom, GPS and 780p video and a Leica lens.  To my dismay, our major Canadian camera stores (such as FutureShop and Henry’s) asked for a sky high price of $$410.  On-line stores, such as Amazon.ca also marked it at $ 410.45.   But, Amazon.com’s price was at US$249.95.  Given the parity of US and Canadian dollars, Canadian stores have a markup over 60%.  Isn’t this price gouging!

If I continue to encourage those Canadian stores, God knows how much they would mark up my daily essentials!  I decided not to give-in as a principle.

So I ordered the Panasonic DMC-ZS7 from Amazon.com and shipped it to the UPS store at Ogdensburg.  Shipping from Amazon.com was free but there’s a 7% New York state sales tax,  totaling US$267.45.

UPS Store at Ogdensburg, few hundred yards away from the US-Canada border near Ottawa, Kingston, Cornwall

I called the UPS store and was told that I only need to put my name on the address and bring photo ID of the same name to collect it.  The cost is US$5/item every week. Here’s the address:

In three days, the Amazon shipping tracking shows that the camera was delivered.   In a nice afternoon, I drove down south with my passport.  The drive was only 50min from Ottawa, ~90Km.  The bridge toll was CA$3/US$2.75 each way.  The store owner Michael was very friendly and efficient.  There was another Canadian there picking up tires and other stuff he ordered from eBay.  There is also a Walmart across the road.

At my return, I declare the camera and paid the HST.  Mind you, the HST is on top of the full invoice price, which means that you pay HST on the US state tax too.

Most importantly, I stood up to pricing gouging of some shameless Canadian retailers.

Ordering from US and picking up at the border can save significantly.  No extra shipping cost, brokerage fee, etc.  But you’ll have to spend time and cost on gas.
Without much exception, Amazom.com has the best deals on HDTV, Camera, Computer, Health & Personal Care, Cosmetics, and Handbag & Accessory.
Combine many items to make the trip worthwhile
Do open all the items to make sure that you’re not bringing back something unwanted and could cause you trouble at the customs.